Housing Inflation Is Getting Worse. Will Biden’s ‘Build Back Better’ Program Help Renters and Buyers? 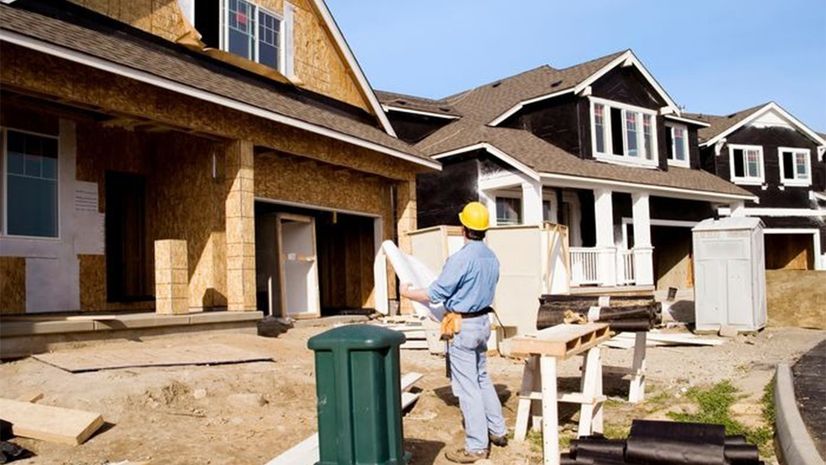 Whether you’re looking to rent or buy a home, one thing is true: It’s gotten a lot more expensive.

The latest edition of the Consumer Price Index found that the pace of inflation has hit a 31-year record high, with the index increasing 0.9% in October. Housing costs are one of the main drivers of the rising cost of living in America.

The shelter sub-index increased by 0.5% last month, accounting for roughly a one-fifth of the broader index’s rise. That is in part a reflection of how the index is weighted, since housing-related costs typically consume much of a household’s budget.

Notably, the government does use somewhat unusual methods to gauge inflation in housing, and the consumer price index can be slow to pick up on rising home prices and rents as a result. Nevertheless, myriad other reports have pointed to the cost of shelter rising in recent years, and especially during the COVID-19 crisis.

The question is whether the policies proposed in the Build Back Better plan will address enough of the supply-side issues to counteract this high demand.

The latest edition of the Real House Price Index from title insurance company First American Financial Corp. indicated that housing affordability had fallen nearly 17% over the past year as of August, owing largely to a record 20.7% increase in nominal home prices over the past year.

The First American index seeks to put nominal home prices in context, by factoring in mortgage rates and wage growth, to capture the overall affordability of buying a home. With mortgage rates expected to rise and wage growth not likely to keep pace, concerns are mounting that some Americans may end up being priced out of the housing market.

Matters aren’t much better in the rental market, either. The past couple years has represented a rollercoaster ride for renters and landlords alike. The start of the pandemic saw many people leave wealthy urban neighborhoods to rent or buy homes in the suburbs or exurbs. In less affluent neighborhoods, job losses and disruptions led to greater competition for housing as people were displaced from where they lived. Consequently, rents actually rose in those areas, research shows.

Rent appreciation occurred at the fastest pace on record in 2021, according to data from Apartment List.

But in 2021, the story has been one of rising rents. Since January, the national median rent has skyrocketed 16.4%, according to data from Apartment List. Comparatively, in the years between 2017 and 2019, rent growth from January to October only averaged 3.2%. Some markets have seen rents begin to come back down in recent weeks, but overall rents are still rising across the country—albeit at a slower pace.

“Although the pandemic created some softness in the rental market last year, 2021 has brought the fastest rent growth we have on record in our data,” Apartment List’s research team noted in the rent report.

The Biden administration has signaled that inflation is a challenge that the federal government needs to address, and Democrats have suggested that there “Build Back Better” social-spending plan will help to curb rising costs.

In a statement Wednesday, Biden said that reversing the fast pace of rising inflation was “a top priority” for him, but he later went on to cite rising home values as evidence of the economy’s recovery from COVID-19. However, policy experts and economists say that Build Back Better plan isn’t guaranteed to reduce inflation, and could actually make matters worse at the margins.

How ‘Build Back Better’ addresses housing

Altogether, the latest version of the Build Back Better Act that was released in early November by the Rules Committee of the House of Representatives includes more than $150 billion in funding for affordable housing and community development programs. This includes:

When a slightly different, earlier version of the proposal was released in late October it was welcomed by affordable-housing advocates and the real-estate industry alike. “This would be the most significant single investment in quality, stable, affordable homes for the country’s lowest-income people in history,” said Diane Yentel, president and CEO of the National Low Income Housing Coalition.

The National Association of Realtors, meanwhile, said that the bill included “hard-fought” priorities of the trade group, “like investments in affordable housing and down-payment assistance and spares real estate investment from the most feared taxes.”

Will Build Back Better help or hurt housing inflation?

The primary reason why prices are rising for both home buyers and renters is that the country faces a housing supply shortage. A report from the National Association of Realtors found that 12.3 million new households were formed across the country between 2012 and June 2021. During that time though, construction was completed on only 7 million single-family homes.

Ultimately, people have to live somewhere, so the gap means that demand for housing far exceeds the supply, driving prices higher. The question then becomes whether the policies proposed in the Build Back Better plan will address enough of the supply-side issues to counteract this high demand.

“By my count there is somewhere in the neighborhood of $60 billion in direct or indirect support for supply, depending on how you count it,” said Jim Parrott, a former Obama administration housing adviser and a nonresident fellow at the Urban Institute.

‘The funds designated toward the supply side are fewer, and the bill does not directly target the root cause of our current housing shortage, which is the insufficient affordable new homes.’

He argued that if the bill were to be passed as currently written, “this would have a considerable impact on the supply shortage over time, easing the upward pressure that housing is putting on inflation.”

Others view the proposed spending differently, saying that because the Democrats’ bill is more focused on demand-side issues in housing—such as housing vouchers and down-payment assistance—it doesn’t directly ameliorate the market’s imbalance.

“On balance, most of the $156 billion is aimed at addressing shortcomings on the demand side of housing,” said George Ratiu, manager of economic research at Realtor.com. “The funds designated toward the supply side are fewer, and the bill does not directly target the root cause of our current housing shortage, which is the insufficient affordable new homes.”

Ratiu did praise how the bill addressed financing gaps for low-income households and maintenance issues in public housing, calling it “a welcome infusion of capital and attention.”

“However, the existing imbalance between tight supply and strong demand will not be fully redressed by the bill, and will continue to manifest through higher prices,” he added.

While some of the issues the bill address can contribute to reducing housing costs—such as loosening zoning rules—friction in the construction sector will continue to put pressure on prices. Issues such as labor and material supply shortages slow down how quickly builders can complete homes.

If the bill does improve affordability and stem the pace of price increases, renters are more likely to benefit than home buyers, some suggested.

“The legislation provides an estimated $110 billion over the coming decade in tax credits and government spending to increase the supply of affordable rental homes,” said Mark Zandi, an economist with Moody’s Analytics.

He pointed to how the legislation is intended to add an estimated 75,000 new rental homes a year on average over the next decade as evidence of its potential effects. “[Build Back Better] will thus have a modest, but meaningful impact on housing supply and thus rent growth,” he said.

Implementation will be critical

The extent to which the Democrats’ plan is able to slow the pace of home price and rent appreciation could also depend on how certain aspects of the bill are implemented. Previously, progressive lawmakers had called on a broader form of down-payment assistance, which some cautioned could actually cause home prices to increase if it spurred enough people to buy homes.

“The down-payment assistance and subsidized 20-year loan programs are both so narrowly targeted that they shouldn’t pose a problem, nothing like the problem that would be been posed by the first-time homebuyer tax credit that was initially on the table,” Parrott said. He added that to the extent these programs did increase demand, the expected increase in wealth within communities of color “is easily worth the trade.”

Similarly, the effectiveness of the efforts to reduce zoning regulations could come down to implementation. Parrott said the money set aside was modest “relative to the scale of the challenge.”

“It will be most effective if it’s concentrated in a few communities, which use it to take steps that provide a model that others can follow,” he added.

If Build Back Better does become law, though, it will take time to see how effective it is at curbing inflation, especially given that the housing-related programs are designed to span many years.

We are a team of Realtors with over 15 years of service. We are a bi-lingual team experienced in Equity Listings, REO Listings as well as representing buyers' purchasing distressed Foreclosed and Pre ....

How Much House Can I Afford?

How much house you can afford is directly related to the size and type of mortgage you can qualify for. Understanding how much you can comfortably spend on a new mortgage while still

What’s Going To Happen with Home Prices This Year?

After almost two years of double-digit increases, many experts thought home price appreciation would decelerate or happen at a slower pace in the last quarter of 2021. However, the latest Home

How To Hit Your Homebuying Goals This Year [INFOGRAPHIC]

Some HighlightsIf you’re looking to buy a home, you may want to put these items on your to-do list to ensure you hit your goals.It’s important to start working on your credit and saving

Why Selling Your House with a Real Estate Professional Is Essential

Selling your house is no simple task. And when you sell on your own – known as a FSBO (or For Sale by Owner) – you’re responsible for handling some of the more difficult

By registering, you agree to our terms of use and that real estate professionals and lenders may call/text you about your inquiry, which may involve use of automated means and prerecorded/artificial voices. You don't need to consent as a condition of buying any property, goods or services. Messages/data rates may apply.